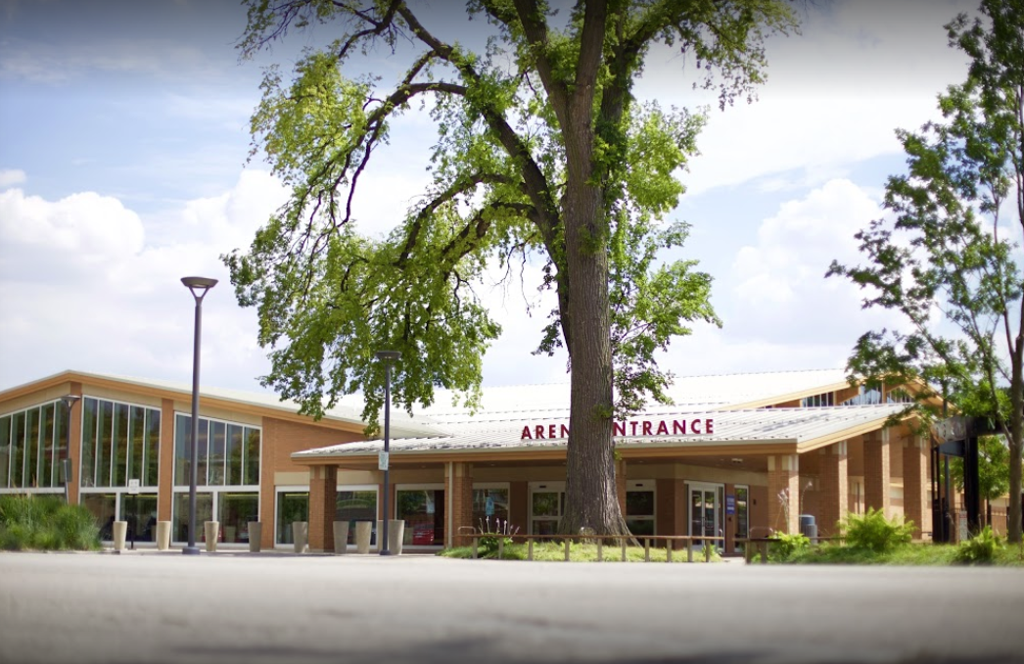 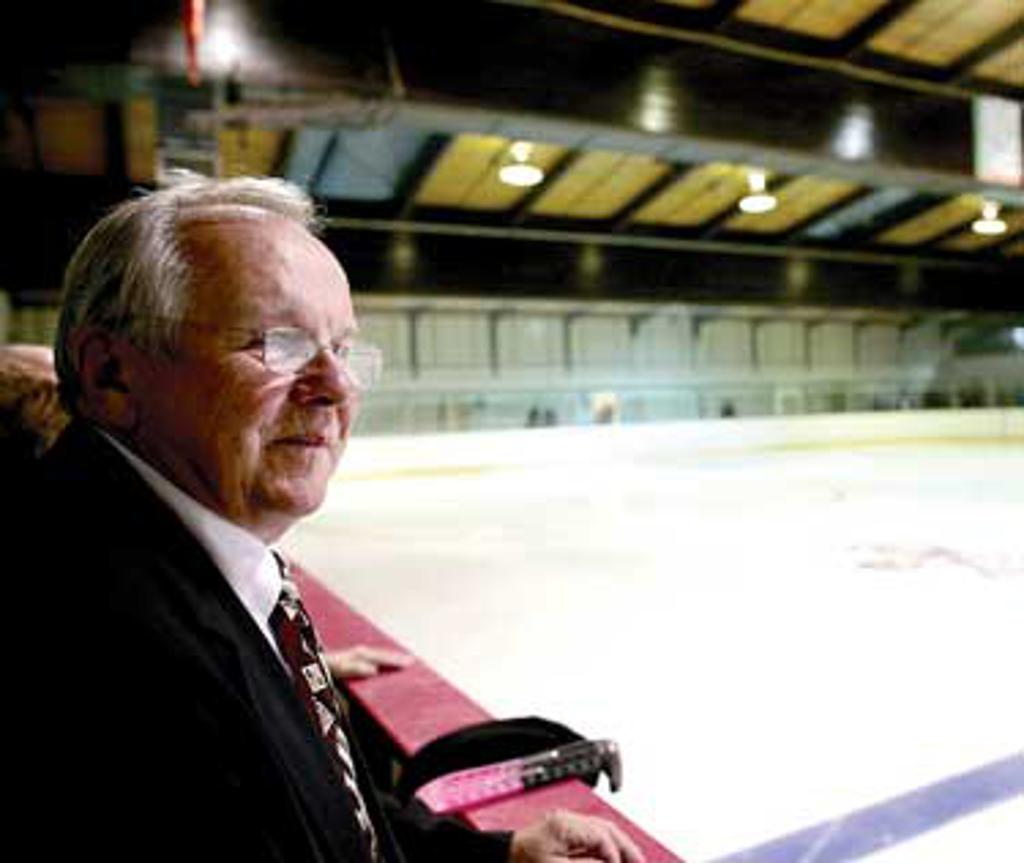 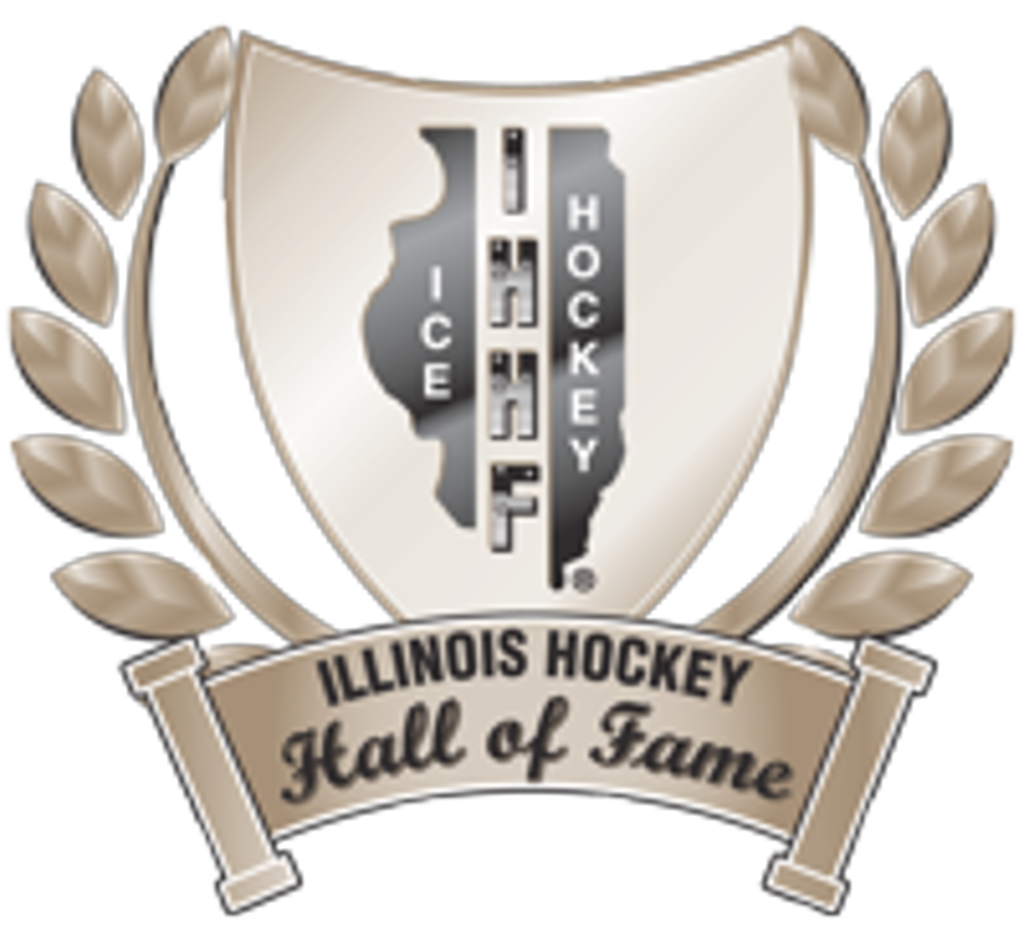 Coach Hruby has inspired, and is still inspiring

He's got ice running through his veins. You get that when, starting at the age of 5, you spend every day during the winter skating. But it's not only ice running through Paul Hruby's veins; it's also the love of hockey and the sense of community it brings.

On Saturday, Hruby was honored for his life-long commitment to coaching, organizing, and promoting hockey and skating, in and around Oak Park. The Park District of Oak Park renamed Ridgeland Common Ice Arena the Paul Hruby Ice Arena.

How did the well-respected coach take the name change?

"Well, it feels kind of funny because I'm not dead yet," he said with a chuckle. "But I'm honored; I really am. It's a nice thing to do for someone. I don't know of any other rink named after someone."

Hruby, who at the age of 72 is still involved with hockey operations at Ridgeland (he's on the ice 2-3 times a week), first came onto the local scene in 1963. After playing for Michigan State University, Hruby was eager to put his knowledge of hockey to good use. Though his title has changed throughout the years from rink manager to director of hockey operations at Ridgeland, one thing has remained constant: Hruby's love of coaching. His mission to insert hockey into the mainstream at a local level led to what has been referred to as the first successful park district ice rink in the Chicago area.

"Many other park districts have followed our model," said Hruby, the first president of the Illinois Amateur Hockey Association. "It's a great success to have people take what you've done and make use of it."

Hruby went on to coach hockey at Fenwick (eight years, two league titles) and Morton College (seven years). He also started the Northwestern University Hockey Club and was instrumental in drawing females into the sport. Last year, he was inducted into the Illinois Hockey Hall of Fame.

But Hruby's ultimate goal wasn't league titles or lifetime achievement awards. He just wanted to get as many kids involved with organized hockey or skating as possible.

"My biggest success, looking back, would be that I feel I took a lot of kids off the streets, and I hope I helped make them good citizens," he said from his home in Berwyn. "I owe a great deal to the Park District of Oak Park for helping me do that."

Hruby, who once had to turn away a young grunt named Brett Hull because he already had too many players on his team-including Hull's two brothers-has his share of fans.

"He deserves to be recognized for all he has done for the kids, men and women who have had the honor to skate for him," said Joe Mikel, who played youth and college hockey under Hruby. "He approaches his hockey teaching and coaching as a way to teach people respect for themselves, respect for the game, and respect for people. His approach is to learn the game and have fun. That's why you encounter people around the country who know Paul Hruby."

Last year, along with Randy Ruff and Andrew Marks, Mikel petitioned the Park District of Oak Park Board of Commissioners with more than 1,200 Oak Park resident signatures to have the name of the rink changed in Hruby's honor. The board granted the request in August.

"I'm lucky that the park district has supported the sport for so many years," said Hruby, who spends his time off the rink boating, swimming, fishing and playing horn in a band. "When I think of the thousands of kids who have come through that door, I'm just amazed.

"I'm not through yet either," adds the popular coach. "I want every kid in Oak Park to at least try to learn how to skate, just to try it. That's my goal for next year."

Who's to say Hruby won't score yet another goal.